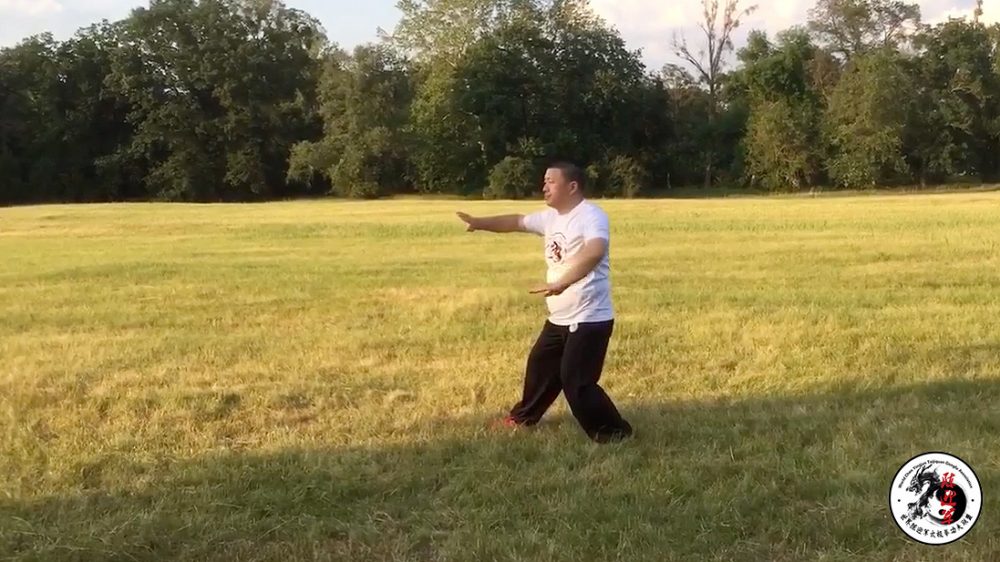 I heard this from Master Chen Yingjun innumerable times during my Taijiquan (Tai Chi) training.
Taijiquan (Tai Chi) is much more than a martial art, or a health and wellness practice. It is also much more than philosophy or Qigong — it is all of these things together, and the sum is greater than just adding them up. Taijiquan (Tai Chi) is the reflex of the Dao on human body movement. It is movement science that can be applied to anything relating to human movement, including health and self-defense; it includes Taoist philosophy and Chinese Medicine, and can be used to understand both of them.

Taijiquan (Tai Chi) is not something you simply decide you want to do with your body. This would be forcing your will upon it. If someone thinks, “I want to learn how to do X”, how is he going to do it? It can be anything, take for example a skateboard maneuver, or a martial arts kick, or playing golf. The mechanics this individual’s body are already set. This person will ty to copy someone’s moves, but no consideration is given to changing the internal mechanics of how the body moves. The person is, in the end, coercing the body into doing what he wants it to.

Taijiquan (Tai Chi), on the other hand, incorporates the concept of Wuwei, or non-action. What one tries to do is learn what is the natural way for the body to move, change the mechanics of his body to that way, and only then he’s able to follow the body’s natural movement during a Taijiquan (Tai Chi) form.
The same mistake of willing your body into something can be made even when practicing Taijiquan (Tai Chi). If one thinks, “I want to learn the Spear Form”, he is forcing his will upon his body, as opposed to taking into account what is best for learning how the body works, at that specific time. That’s one of the reasons why having a Master as your teacher is so valuable, a Master will now when you should learn what.
Even if one is already over the desire of learning new forms, there are further traps ahead. One can listen or read Taijiquan (Tai Chi) famous sayings like “round the crotch”, and, not understanding that this isn’t the method of practicing, but the result to be obtained, try to do it forcibly. The result will then be an undesirable one. Practice should always have Naturalness as it’s first principle.
Wuwei is a concept that is applied ever more deeply in Taijiquan (Tai Chi). When one is at a high level, he follows the body’s natural way by observing the principles of Yin and Yang constantly and everywhere.