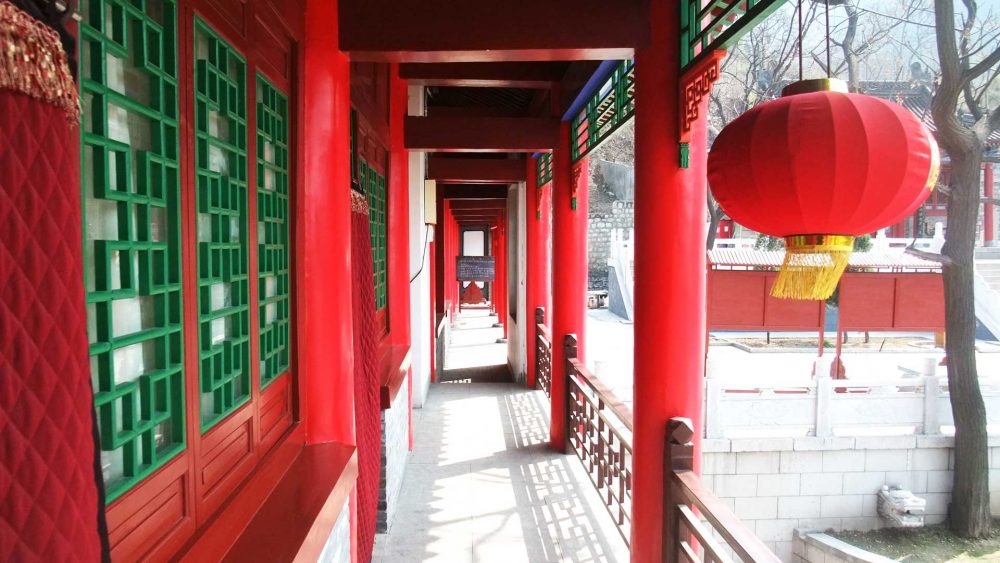 The subject of Taoist influence on Taijiquan (Tai Chi) is source of a lot of controversy. To make things clear, we first need to separate what we presently call Taoism in two areas: Taoist religion, and Taoist philosophy. Religion was the first means of men to look upon the world and try to explain it, before natural science was born as a field of knowledge. For a long time, religon, philosophy and science were intermingled. In the West, to take a familiar example at hand, the ideas about how the world was made up were mainly dictaded by the Catholic church until the Renaissance. The works of Descartes are still full of references to “God’s will”.
There is no intersection between Taijiquan (Tai Chi) and Taoist religion. However, it is very likely that the Taijiquan (Tai Chi) creator, Chen Wangting, received important influence from Taoist ideas.

The Taoist see the universe as having a natural order of its own. In Taoism’s founding text, the Dao De Jing (Tao Te Ching), poem 25, it can be read:

Which can be interpreted as: men live according to what he gets from cultivating the soil. The soil yields as dictated by the climate. The climate is as nature has it (the seasons). Nature is as it is, or: there’s a natural order in the world.
In Taijiquan (Tai Chi), the Taoist idea of following the Dao is reflected in the teaching that Naturalness is the First Principle.

The Taoist were very much concerned with death and immortality, and they spent quite a bit of time trying to become immortal — the Taoist saints are called Immortals. On their way, they tried to create an immortality elixir which they could ingest, until eventually they realized that the elixir should be created not outside, but inside their bodies.
Dantian means literally “soup place”. It is the place in the body where the Taoist believed the long life elixir is cooked, like in a cauldron. This is also the central place that is used to concentrate energy and mind during Taijiquan (Tai Chi) practice.

Transformation of the body

Taoist practioners, in their search for immortality, also believed that they would transform their flesh body into an immortal body. Later on, after realizing the long life elixir was to be created inside their bodies, they moved on to an idea of creating a new immortal body inside them, and some Taoist texts have allegories about gestating a new body in the Dantian.
The idea of transforming one’s body into a new one is essential to Taijiquan (Tai Chi). One of the most important concepts to grasp when starting Taijiquan (Tai Chi) practice is that you are not trying to learn techniques, you are trying to change your body into a new one that will move in a very different way than you do now. That concept may have come from Daoism.

Taoism is also permeated by the idea of reversing the course of aging and going back to being natural as when we were newbonrs. There are many areas in Taoist meditation practices when reference is made to reversal of time, reversal of energy flux, and reversal of breath.
Rejuvenating the body and keeping it young, avoiding unecessary damage and preserving the joints’ health, are ideas that are built into Taijiquan (Tai Chi). Coupled with the concept of transforming the body just explained, rejuvenating and keeping it healthy make Taijiquan (Tai Chi) a very unique martial art.

Meditation is one of the key practices of Taoism, and it is also one of the foundations of Taijiquan (Tai Chi). Both standing meditation, and meditating while in movement are necessary developments for improving in Taijiquan (Tai Chi). But the means by which meditation is achieved is also to be paid attention to, and Taoist influence can be seen here. It is not to be forcibly sought, it is to be acquired naturally.