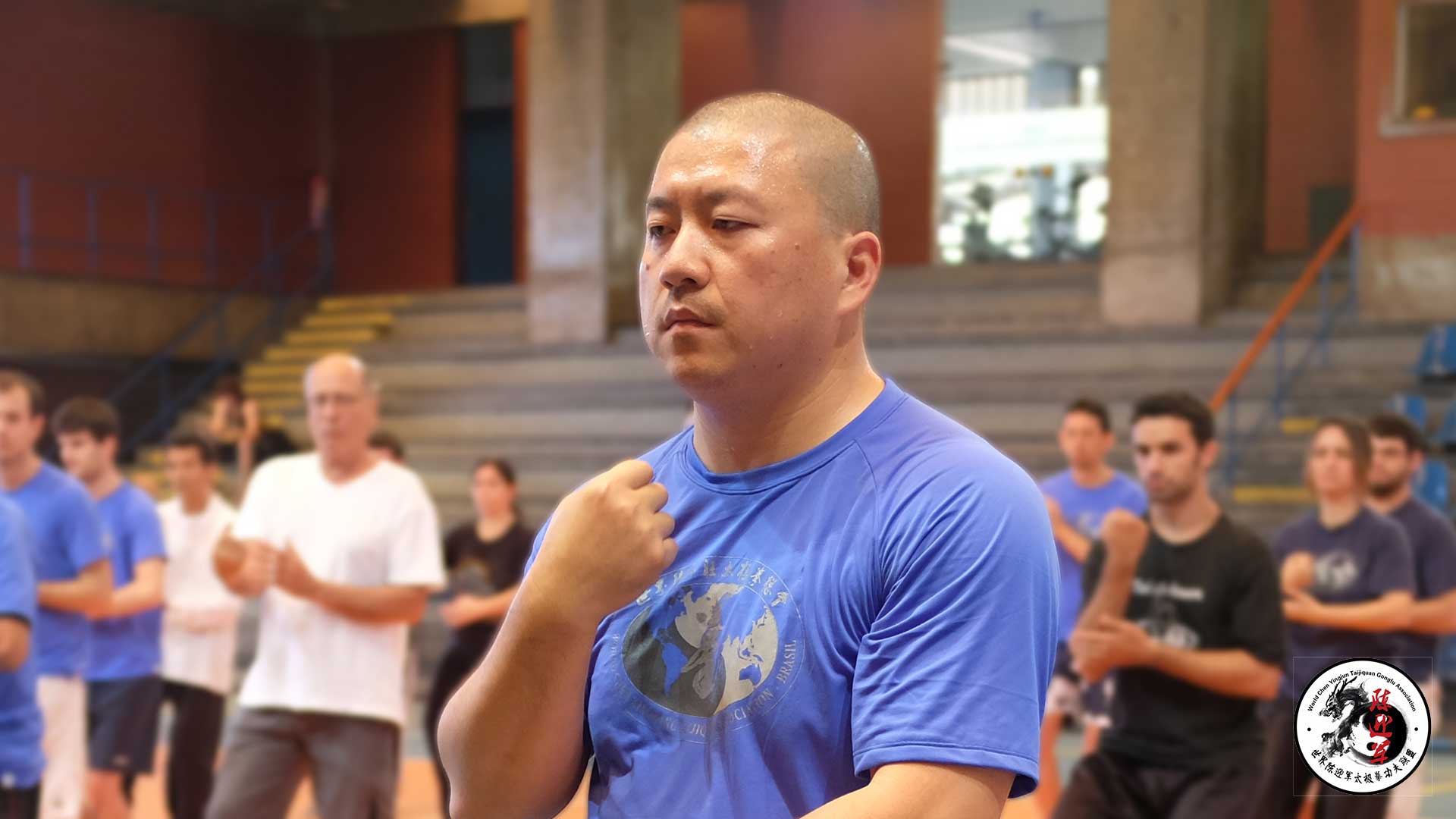 Chen Yingjun is the second son of Grandmaster Chen Xiaowang, and was born in Chenjiagou in 1976. He started learning Taijiquan (Tai Chi) from his father since the age of 8, and up to the age of 14, it took around 2 hours a day, after school, every day.
At that age the young Chen Yingjun decided he wanted to practice hard and achieve a high level in Taijiquan (Tai Chi), thus starting to train seriously, at the same time when his father moved from China to Australia. This caused Yingjun to continue his practice under the guidance of his uncle Chen Xiaoxing. That went on for 4 years, when he decided to move to Australia to further polish his skills under his father, in full-time training. In 1994, Chen Yingjun started to help Chen Xiaowang in his international Taijiquan (Tai Chi) seminars. At the same time, practicing day and night under his father’s rigorous guidance, he attained a deep understanding of the methods and principles of Chen style Taijiquan (Tai Chi), and his skill improved substantially. Having also acquired a broad experience in teaching, Chen Yingjun was invited to teach in England, Ireland, Poland, Australia, Chile, Germany, USA, France, Italy and Brazil.

Far beyond his skill and knowledge, Chen Yingjun has limitless patience and generosity towards his students. His devotion to Taijiquan (Tai Chi) is an example to any one practicing. He took me into his home and family, I owe him everything I managed to learn up to now.

He lives in Sydney, Australia, with his wife and children, and continues to diligently study to deepen into the knowledge of his family art.