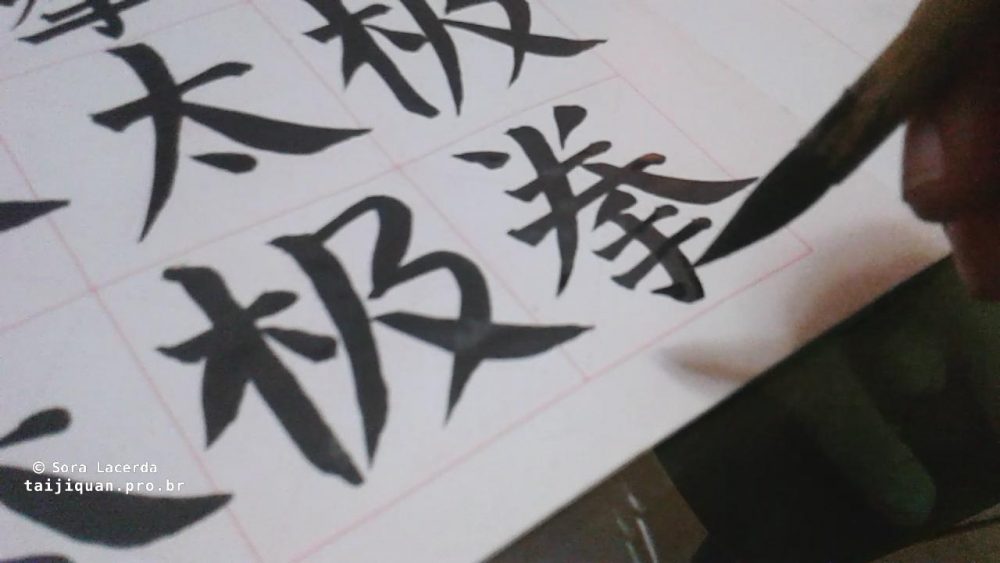 The video above shows my good friend Soraia practicing to write Tai Chi Chuan in its original language, Chinese. Now imagine the problem western people had when they needed to exchange information – commercial contracts, treatises – with the Chinese civilization. Learning Chinese language is no easy feat: writing is not achieved by combining twenty something characters, it is made by drawing little images called ideograms. One needs to recognize around three thousand ideograms to be able to read a newspaper.
The westerners were then forced to devise a method of transliteration – converting the ideograms to western characters, by way of writing the sounds. But Chinese also has a very particular phonetic. Any sillabe can sound in five different tones, and each tone will confer a completely different meaning. Thus yī（一）means “one”, but yì（意） means “wish” or “idea”.

When Taijiquan (Tai Chi) arrived in the west, around the seventies, the most used transliteration system was Wade-Gilles, and it wrote the ideograms as T’ai chi ch’uan. This is why our art is popularly know as Tai Chi. But in 1979 the Chinese government officially adopted a more complete and precise transliteration system, which includes diacritic marks to determine the phonetics, called Pinyin. This is the system which writes Tàijíquán. So, we presently refer to our art as Taijiquan (Tai Chi). The marks are usually left out because most people can’t really pronounce it right – this includes me – and won’t configure their keyboards to write the marks anyway.