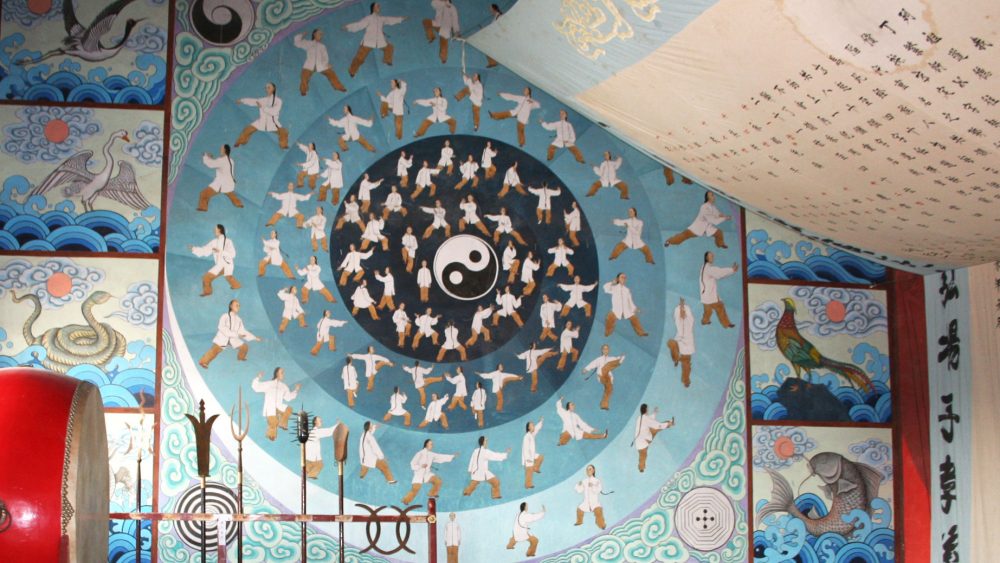 There are many legends and some controversy as to how Taijiquan (Tai Chi) was created, and with the tendency to ascribe the creation of important features to mythical figures in Chinese culture, it is not uncommon to find experienced students who have no idea of the historical facts regarding the birth of Taijiquan (Tai Chi).

The martial art today known as Taijiquan (Tai Chi) was systematized by Chen Wangting (1600-1680), a local military commander in the district of Wen (Wenxian), in the center of China, somewhat to the south of Beijing, in the 17th century. Chen Wangting evidently did not create Taijiquan (Tai Chi) out of nothing. It is obvious that before retiring from service, after the fall of the Ming dinasty in 1644, he had learned various martial techniques and styles, thus receiving their influence, besides that of other common bodywork practices of the time, such as duna and daoyin. Moreover, the present form of Chen family Taijiquan (Tai Chi) is not the same as 350 years ago. Both the appearance and the content have been perfected by the passing generations, from the 9th to which Chen Wangting belonged, to the 19th generation led by Grandmaster Chen Xiaowang.

The french historians Thomas Dufresne and Jacques Nguyên, building upon others, including the famous Chinese historian Tang Hao (1897-1959), propose the thesis that Taijiquan (Tai Chi), the art created by Chen Wangting, descends from the martial styles of Generals Yu Dayou (1503-1579) and Qi Jiguang (1528-1588).
In the 16th century General Qi Jiguang was sent by the central government to save the situation in a battle against the Wo kou (japanese pirates), where many others had failed, including the Shaolin monks. General Qi Jiguang was successfull, and his martial style gained great prestige. He is the author of the Jixiao Xinshu, a treatise comprising 32 illustrated techniques and a synthesis of 16 martial styles of the end of the Ming era.
The martial treatises of Qi Jiguang and Yu Dayou have many shared techniques, and it is generally believed that Yu Dayou thaught Qi Jiguang his staff style. It is probable that they practiced martial styles that were, in the least, similar.
The name of 29 of the 32 techniques described by Qi Jiguang is present in the techniques of ancient Taijiquan (Tai Chi). It is worth pointing out that today the access to posture names and technical descriptions is unrestricted, but at that time one had to deeply know a style to have access to this information.

On the other hand, Taijiquan (Tai Chi) is original in many aspects that can’t be found in any of its predecessors, and that testifies to Chen Wangting’s genius. He founded a unique style that has been refined by each of the family’s following generations, who have dedicated themselves to the art since their early childhood.

Chen Wangting was the ninth generation of his family in the county of Wen. His ancestor Chen Bu was ordered to migrate there by the central government, when the area was half devastated after a rebelion, and “clear the areas of bandits”, as oral history goes. He settled near an irrigation ditch which was used to water the fields, and the village that grew from his settling became know as Chenjiagou, or “Chen Family Ditch”.
After the fall of the Ming dinasty, Chen Wangting had to take refuge in his hometown to avoid being captured by the new government. He dedicated this retirement years to refine his military skills and teach his descendants. It is likely that, in creating Taijiquan (Tai Chi), he was influenced both by Taoist ideas and by Chinese Medicine. His achievement also resides in using these influences to elevate his legacy to heights unknow before him.