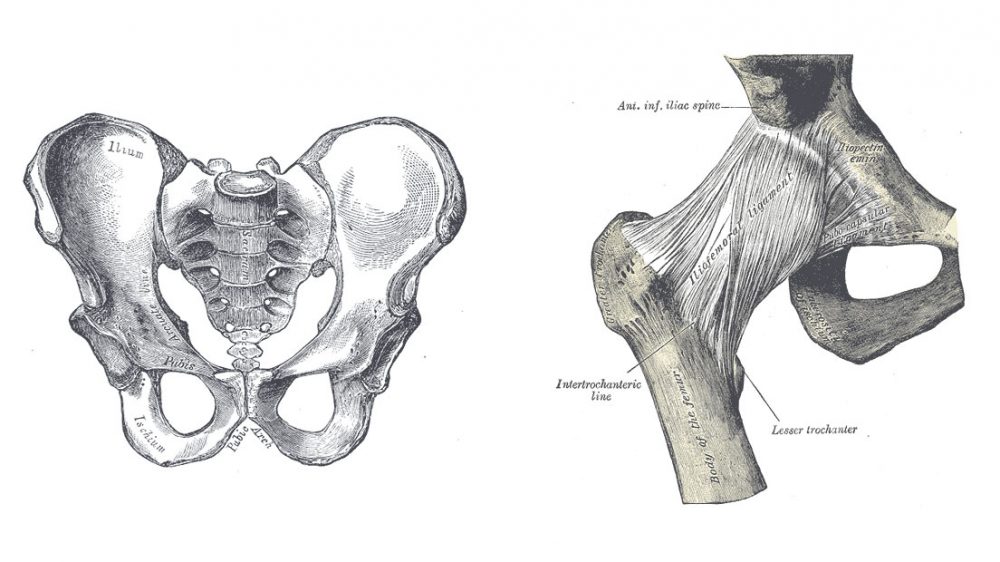 Hip positioning during Taijiquan (Tai Chi) is one of the most important points to be understood by those starting their practice. Learning how to position your hip well takes long, but a good understanding of what you’re trying to do can save you a lot of time and effort, and will make your Taijiquan (Tai Chi) training more efficient.

Until about 1950, according to Jan Silberstorff’s research, books on Taijiquan (Tai Chi) in China reproduced the traditional instructions about hip positioning. From the ’60s on, this changed, and for some reason books started recommending that the hips or the tailbone be “tucked in”, by tilting or pushing the hip forward.
Make no mistake, this is a gross error. You should never try to tuck your hip in when practicing Taijiquan (Tai Chi), in any way. In have seen first-hand a number of people hurt themselves by doing this.

Maybe this misunderstanding was caused by an influence of western calisthenics, maybe an isolated opinion became popular. I presently believe that an incomplete instruction was put down on paper, and stuck (i explain this better here). What matters is that this wrong instruction is in complete disagreement with the teachings transmitted by the Taijiquan (Tai Chi) Masters of the Chen family.

From a logical and purely mechanical point of view, it is easy to see that tucking the hips in:

These effects are the exact opposite of what we look for in Taijiquan (Tai Chi). From the standpoint of energy circulation, tension in the anterior part of the hip and the lower abdomen prevents the connection between the upper and lower part of the body. The Dantian area, which should be relaxed to allow for deep breathing, will be tense.

How to correctly position your hips

When Grand Master Chen Xiaowang says “relax the whole body,” that is exactly what he means. The whole body must be relaxed during Taijiquan (Tai Chi) practice, without exception – especially the center of the body, which commands all the rest.
It is well known that the buttocks should not be protruding in a correct posture, but they should not be pushed forward either. The hip should be relaxed, and loosened up, allowing you to move.
It is not possible to teach this accurately just using texts such as this one, or through photos or videos. It is imperative to get frequent postural corrections from a good teacher.