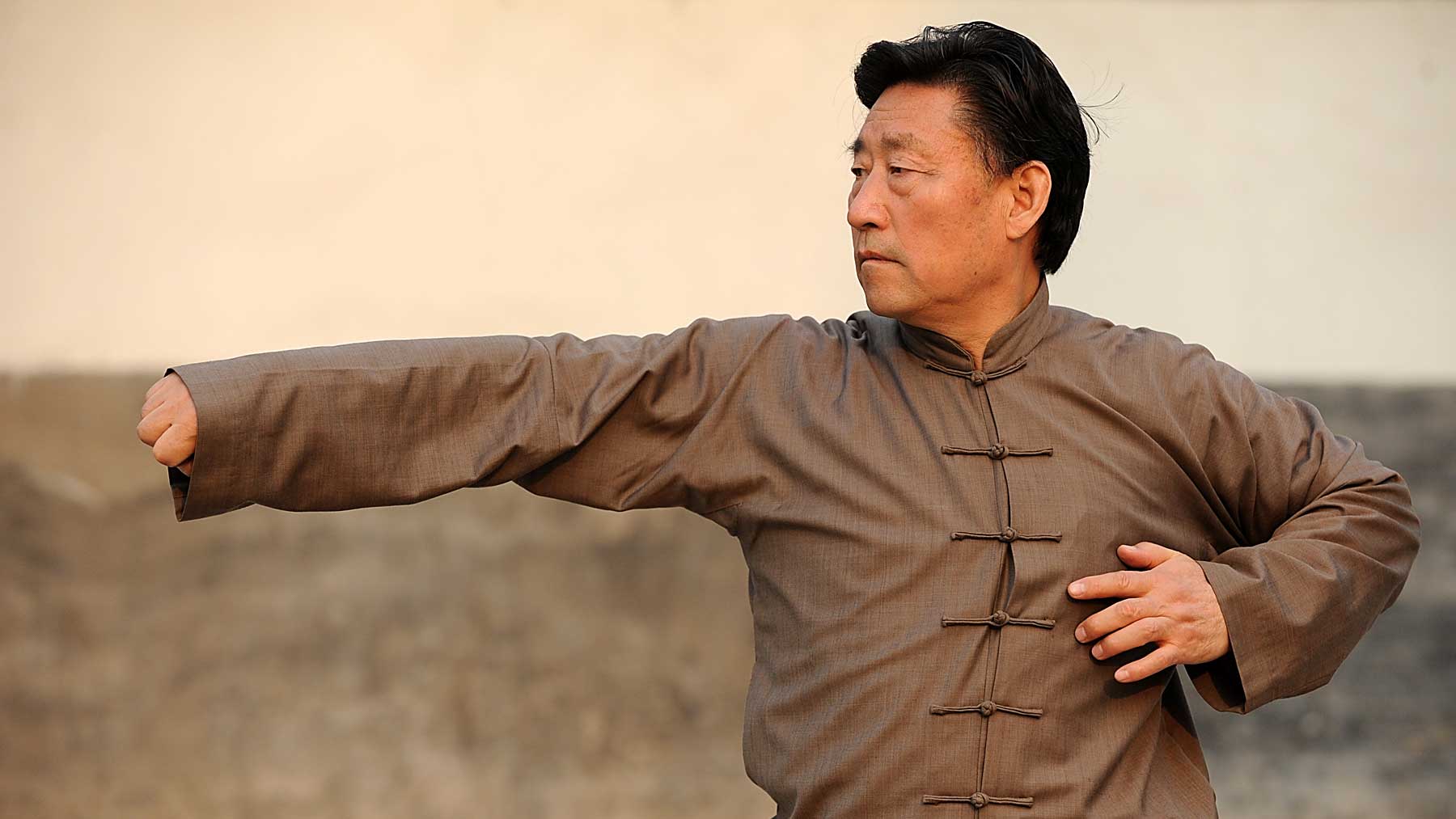 Grandmaster Chen Xiaowang was born in Chenjiagou in 1945, and started to practice his family art at 8 years old with his uncles Chen Zhaopi and Chen Zhaokui.
Stories abound regarding his skill since young age. Chen Xiaowang won the All-China Gold Medal in 1980, 1982 and 1983, and in 1985 won the Gold Medal for Taijiquan (Tai Chi) in the first International Martial Arts Competition held in China. The Grandmaster was the first person to be awarded the title of Senior Coach by the Chinese Government, and the only person ever elected for the Chinese People’s Congress as a Taijiquan (Tai Chi) representative. In 1988 the Grandmaster received a special award from the Chinese government for his contribution to the development of Taijiquan (Tai Chi).
When he was 45 he decided to move to Australia to have a better base from where he would travel the world to fulfill his goal of spreading Chen Taijiquan (Tai Chi) over the world. The Grandmaster is moved by the belief that Taijiquan (Tai Chi) can be very useful to people’s health in the present time, and by the traditional desire to bring honor to his ancestors (guāngzong yàozǔ), much like Chen Fake was when he went to Beijing.