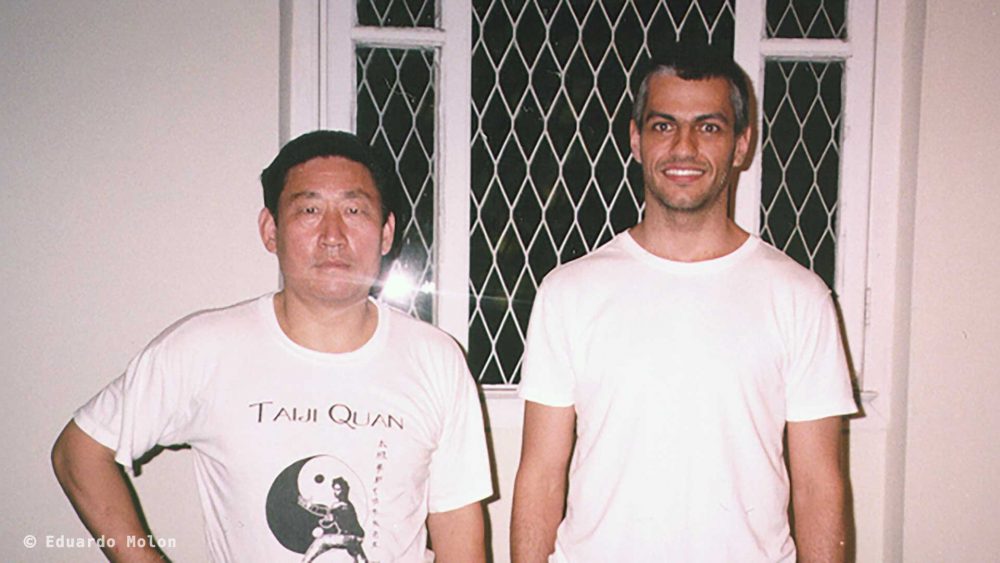 I had been practicing various Chinese bodywork programs for many years, including some Taijiquan (Tai Chi) from unreliable sources, when I first got a flyer about Chen Xiaowang‘s inaugural seminar in Brazil, where I lived at the time. It was 1998, and the internet had just started to spread. One couldn’t find websites about Taijiquan (Tai Chi) online, and Chen Style Taijiquan (Tai Chi) was not well known in most countries. Youtube didn’t exist, and there were no social networks yet. I had read the Grandmaster’s name somewhere, but I had no idea of how important he was.
The seminar would happen in a small town in the mountains near Rio de Janeiro, so I spread the word amongst a few friends, and we went together. On the first day, Chen Xiaowang was to give a short lecture and give us a demonstration. The lecture started with him saying, “When my ancestor Chen Wangting came back from war…”. This was already touching for most of us, since we were used to legends about Taoist monks and such, and had never heard a first-hand account like that.

Then, he got up to show us what real Taijiquan (Tai Chi) looked like. The audience was of about 40 people, all seated on those metal, foldable chairs, the kind that can be put aside later to make room for the lessons. He started demonstrating Pao Chui, the Cannon Fist form. The first few moves are slow like in Laojia Yilu. We were all hypnotized by his balance and grace. He got to the explosive soon enough. The audience was so shocked by his unbridled power that the 40 chairs collectively moved half a foot back, from the people seated on them pushing the floor with their feet. When he finished, we needed a few seconds to recover from the awe, before we started clapping.