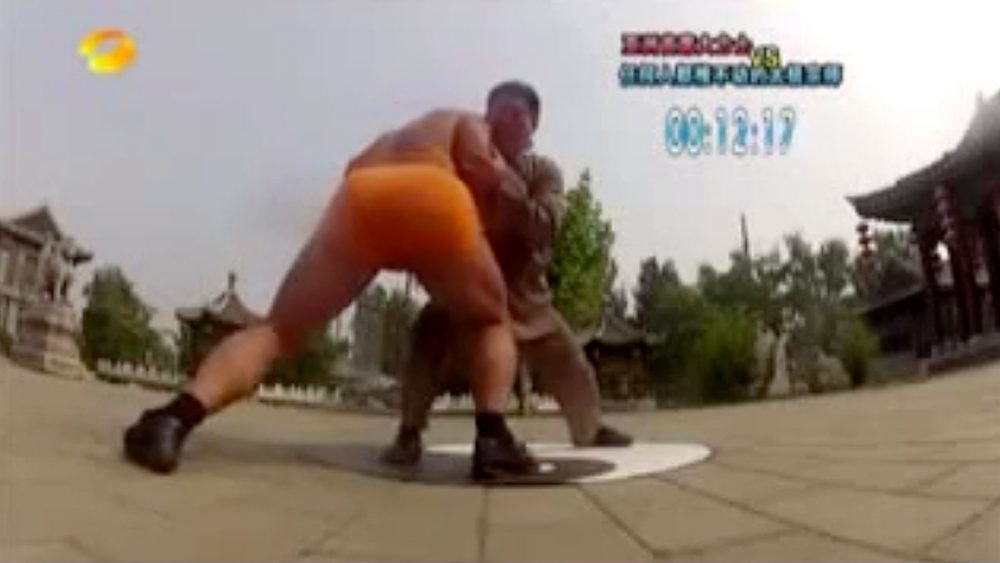 Grandmaster Chen Xiaowang accept the request of a Chinese TV channel for a “pushing challenge” with one of China’s top Strongman competitors. The challenge went on air in a one-hour show, and the video above shows only the most important part ate the end, when the contest takes place.

Allow me to draw attention to some points that escape a first look:

The explanation is in an Arthur C. Clarke quote: “Any high enough technology is indistinguishable from magic”. The posture and movement technology Chen Xiaowang has mastered is of a higher level, and subtler, than what his opponent has, and what we are used to seeing. Keep in mind, tough, that you are watching a very high level Taijiquan (Tai Chi) Master — not many people can do this.