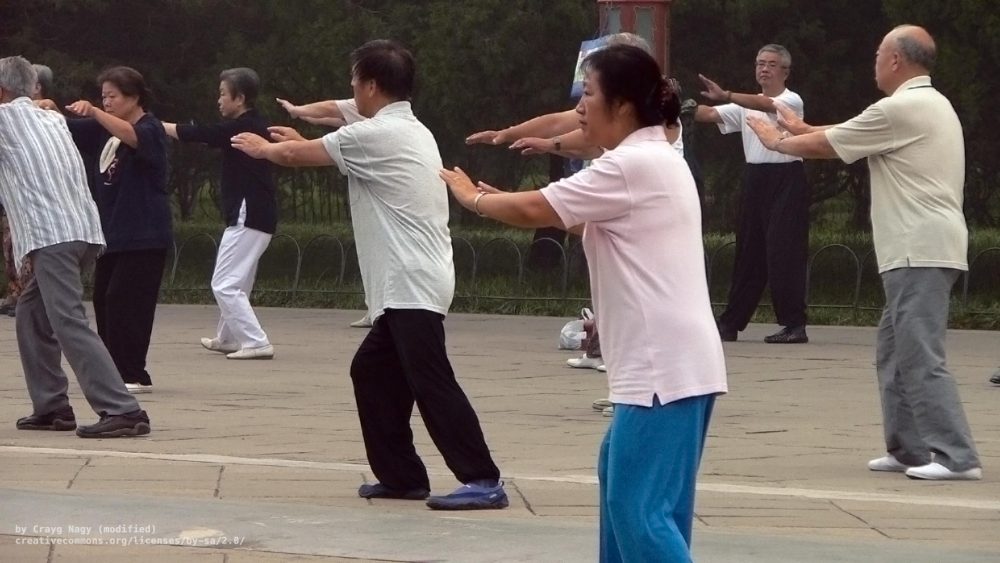 The New England Journal of Medicine, one of the most influential medical journals in the world, published an article on a research that shows Taijiquan (Tai Chi) improves postural stability in Parkinson patients.
A ramdomized study was conducted to assess if Taijiquan (Tai Chi) would be of help in postural control for idiopatic Parkinson Disease patients. 195 subjects were randomly assigned to three different groups, respectively practicing Taijiquan (Tai Chi), stretching, or resistive exercises. The program last 24 weeks with one-hour sessions twice a week. The researchers concluded the group practicing Taijiquan (Tai Chi) did consistently better than the other two groups in the tests applied after the program, and that 3 months after the end of the program, the results were still observable.
Other articles on similar researches had been published before, but this was the first time such an important journal published a paper showing the benefits of Taijiquan (Tai Chi) practice.