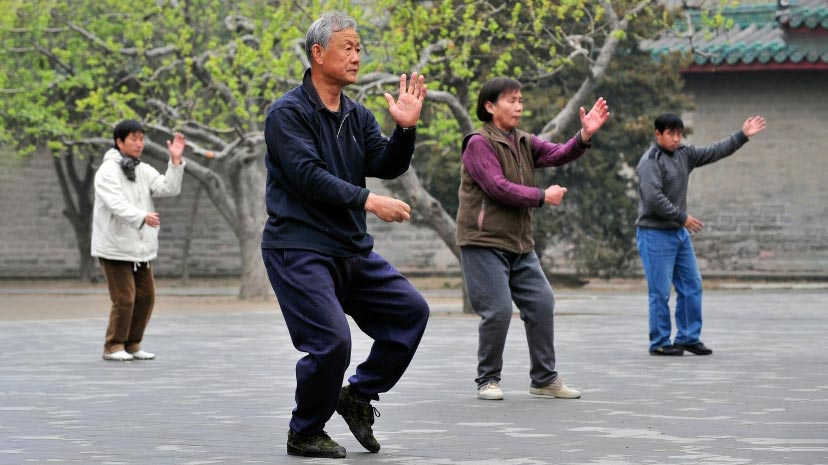 A research paper published on the New England Journal of Medicine showed that Taijiquan (Tai Chi) can benefit patients suffering from Fibromyalgia. The research on Taijiquan (Tai Chi) was partly funded by the NCCIH, which referenced the article in their website, which says:

Fibromyalgia is a disorder characterized by muscle pain, fatigue, and other symptoms. People with fibromyalgia have chronic widespread pain, as well as “tender points” on areas of the body, which hurt when slight pressure is applied. Although exercise appears to be an important part of fibromyalgia treatment, many people with fibromyalgia need medication to control symptoms and are unable to maintain muscle strength, flexibility, and overall fitness.
Researchers, funded in part by NCCIH, evaluated the physical and psychological benefits of Taijiquan (Tai Chi) (which combines meditation, slow movements, deep breathing, and relaxation) in 66 people with fibromyalgia. The participants were assigned to one of two groups: an attention control group that received wellness education and practiced stretching exercises, or a tai chi group that received instruction in Taijiquan (Tai Chi) principles and techniques (…)
Compared with the attention control group, the Taijiquan (Tai Chi) group had a significantly greater decrease in total score on the Fibromyalgia Impact Questionnaire at 12 weeks. In addition, the Taijiquan (Tai Chi) group demonstrated greater improvement in sleep quality, mood, and quality of life. Improvements were still present at 24 weeks. No adverse events were reported.
The researchers concluded that these findings support previous research indicating benefits of Taijiquan (Tai Chi) for musculoskeletal pain, depression, and quality of life.