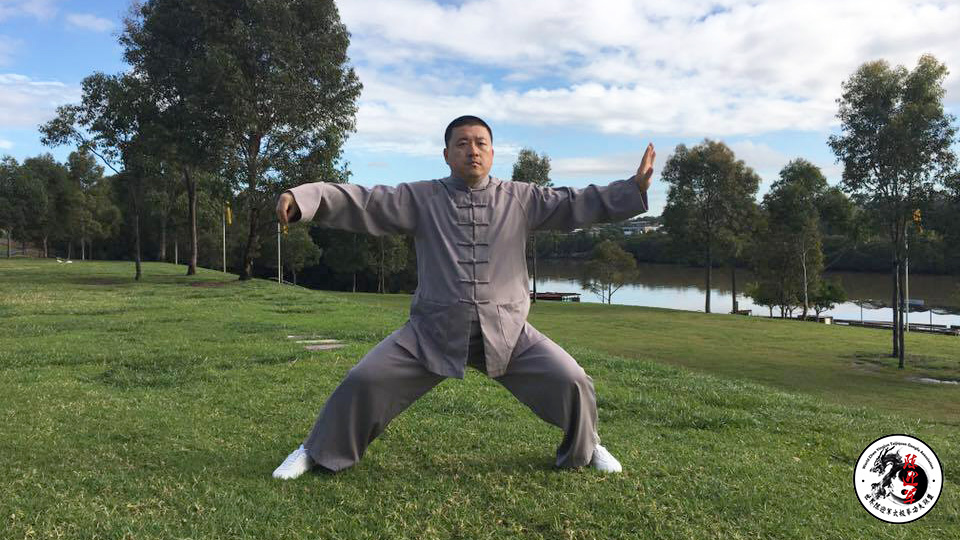 In order to understand the broader meaning of this teaching, it’s neccessary to emphazise the context. For the beginner, Taijiquan (Tai Chi) is first and foremost a complete reeducation of posture and way of moving, which is only possible with the guidance of a very competent teacher. The first reaction of the mind to the postural corrections is one of estrangement, since any change to a decades-old habit, and specially one as deep as the body’s posture, usually causes surprise and discomfort. One of the ways body and mind use to avoid discomfort is generating a feeling of tiredness, which tends to be overrated by a beginner. This is an emotional component that should be kept in mind.


I was told this by my Sifu when i was just starting my intensive practice with him in China, in 2002. Imagine the feeling, being in Chen Yingjun‘s home in China, in the county where his ancestors created Taijiquan (Tai Chi), and getting this zen-like teaching on the first day of practice.

When holding a Taijiquan (Tai Chi) posture after being corrected by one’s teacher, there’s a much higher effort than usual on one’s muscle system, so it’s natural that the muscles tire up fast. The only remedy to that is holding the posture so the muscles get used to it. On the other hand, the limitations imposed by the student’s physical conditioning need to be accounted for. Once holding the corrected posture and having reached his limit, anyone’s natural reaction, if one tries to stay for too long, is degrading the quality of posture to remove the strain from the muscles and forward it to the tendons and ligaments in the joints – which is a serious mistake in Taijiquan (Tai Chi). It shouldn’t be a problem doing this for a short time, as long as one is trying to relax. That’s how one learns. However, even if one is trying to relax, it is not advisable to extend the posture holding too long after the limit is reached, because if one gets stiff, it could be counter-productive for learning.
It is possible to overtrain, and it shouldn’t be done. Learning Taijiquan (Tai Chi) is not a matter of exerting towards the unbearable, this would only lessen the quality of the body posture and force the body to resort to undesirable ways and brute force.

We can say, thus, that there is another subtle skill to be learned during Taijiquan (Tai Chi) practice: that of distinguishing a feeling of tiredness that should be stood, with the goal of getting stronger, and real exhaustion, the physical limit which should be respected to avoid lesions. This is not a basic skill and it takes a while to acquire it, and specialized teaching is required for success. In any case, there shouldn’t ever be joint pain.