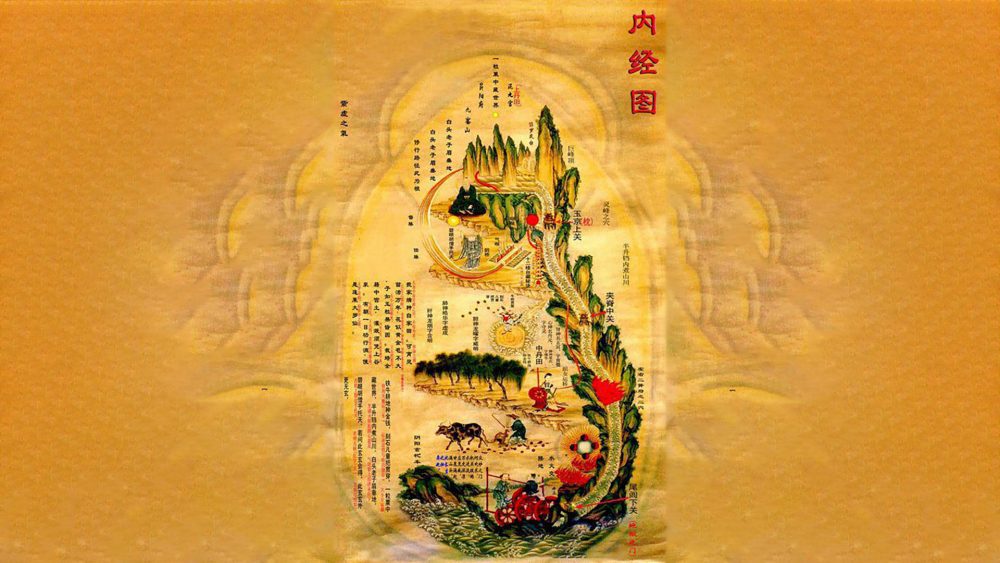 Microcosmic Orbit is one of the most well known Qigong and meditative practices. It can go by different names in English, such as: Divine Sky Circulation, Neidan, Small Heavenly Circulation, etc. The actual Chinese name is 小周天. The classical teaching describing Microcosmic Orbit is attributed to the Taoist Lü Dongbin, and is available in the book The Secret of the Golden Flower.

Many misunderstandings surround this practice. Most of the interpretations of the description of the Microcosmic Orbit are correct, but the method for getting the results are not. One can read in Wikipedia, for example:

Students may indeed be encouraged to practice Taoist Yoga exercises or Taijiquan (Tai Chi) as a way of building enough energy to begin performing the Microcosmic orbit exercise as it can induce a strain on the nervous system and cause energy depletion if practiced without adequate preparation.
To begin with the student is encouraged to develop deep abdominal breathing into the primary Dantian or Taoist energy centre to develop heat and pressure in the lower abdomen or “Golden Stove”.

The reader might infer from the above text that Microcosmic Orbit is an exercise that can be performed once you have the instructions (which are in the afore mentioned book). Taijiquan (Tai Chi) would be a preparation for it, and the Orbit might cause “energy depletion” if you were not prepared. It would be possible to develop abdominal breathing at the beginning of the practice.

Microcosmic Orbit shouldn’t be understood as an exercise that you decide to do, and then simply sit and start directing the Qi flow with your mind. It is surely possible to sit, calm down, and go about the Small Circulation path with your mind, and even to get to a quiet, concentrated state by doing this – but this doesn’t mean one is actually doing what the ancient sages prescribed. It is not possible to actually direct the Qi flow with your mind, if the body isn’t capable of doing so.
Microcosmic Orbit is rather a natural state of the human body, that can be achieved if you get good enough instruction and practice hard enough to change your body, so that it offers the conditions for the circulation to happen. It’s not possible to force it, as much as it is not possible to simply will yourself to lift three hundred pounds. It isn’t a matter of willpower or concentration, it is a question whether your body can do it.
Taijiquan (Tai Chi), and specially Zhanzhuang, are not simply preparations for Microcosmic Orbit — they are complete sciences in themselves. However, Taijiquan (Tai Chi) may presently be the best means of creating the conditions for Microcosmic Orbit to happen. Zhanzhuang may be the easiest path for it, because it is a still and symmetric posture, which makes learning much simpler.
Abdominal breathing, also called Dantian breathing or paradox breathing, can’t be developed by following a rule set, either. Your body won’t be able to breath deeply because you are trying to move the lower abdomen – it has to happen naturally. Posture and breathing should, and are, naturally synchronized. If you try to force your desire of some artificial way of breathing – good as it might be – on your body, you will only generate tension.

When I first met my teacher, Master Chen Yingjun, I had been practicing Microcosmic Orbit for a couple of years. I would sit for one hour, and follow the path of Small Circulation with my mind. I didn’t tell him at the time, I didn’t imagine it could be important. I got to his home, and in the morning following my first private lesson, I woke up early to sit and practice the circulation. When I did the very first round, I felt an amazing rush of energy up my spine. I was shocked by the change, which became stable during my stay at his house.
Then I went back home, and the change faded away. I went back to the state I had been previously. A year later, the same phenomenon happened again, when went to Sydney to learn from Chen Yingjun for the second time. The conclusion was obvious: what made everything different wasn’t my practice, it was the posture corrections I got from my teacher. When I went back home, most of the changes were gone, and so were the effects of the Microcosmic Orbit. When I got the posture corrections again, the effects were back.
I then asked him if I should practice the Small Circulation sitting meditation. He said:

Don’t worry about it. It will happen naturally during the form.Chen Yingjun

Needless to say I followed his advice. It took quite a while, because changing the body is a long process. Now I have verified it myself: if you practice enough, your body will naturally circulate energy up the back, and down the front of the body.