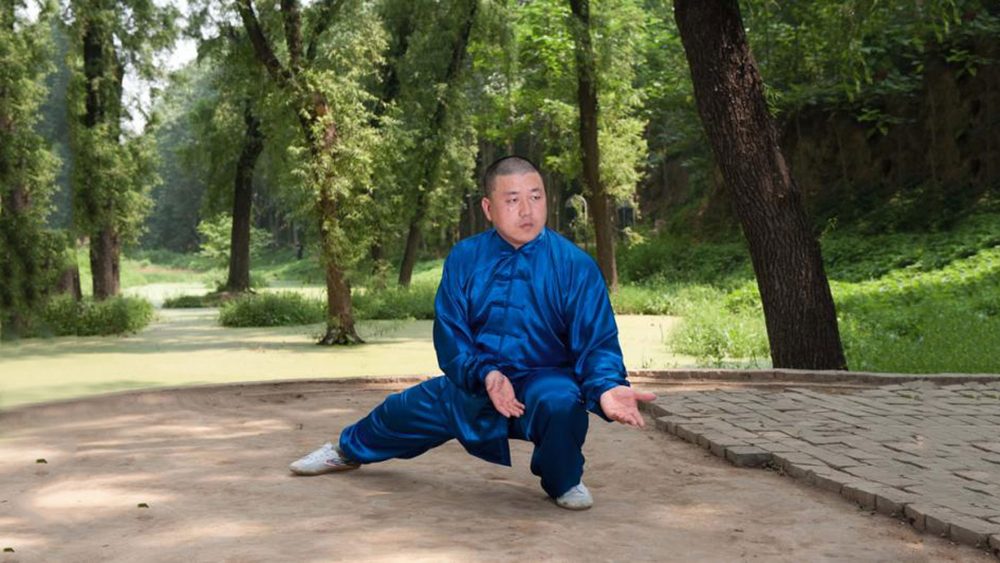 Do not search for feelings of Qi circulation when practicing Taijiquan (Tai Chi), this is a mistake. Strive to practice correctly, and Qi will increase naturally. The more you seek Qi, the less you will feel it.CHEN YINGJUN

Questions regarding feeling Qi circulation frequently afflict those who start Taijiquan (Tai Chi) practice. The feeling of Qi is usually described as being of a warm flow on the trunk and limbs, according to movement. For example, in the simplest Silk Reeling exercise, the warm feeling would follow the route: center of body – back – shoulder – elbow – hand – arm – hip – center of body.
Descriptions like this can cause many misunderstandings. It should be known that when you begin to practice Taijiquan (Tai Chi) it is common to feel something, but after a few months, the feeling usually disappears. Initial feelings are usually an improvement of the peripheric blood circulation, nothing else.

Here’s an analogy: when receiving Acupuncture, a patient may have various sensations at the site where the needle is (tingling, warmth, heaviness), or on the energy channel, generally referred to as “arrival of Qi”. These are not the goal of an Acupuncture consultation however, the restoration of health is. If a patient has sensations, but his health continues the same, the Acupuncturist has accomplished nothing. If the patient feels nothing, but his health improves, the Acupuncturist accompished something real.
Similarly in Taijiquan (Tai Chi): the student may get many feelings, but if he is unable to show concrete results, nothing has been achieved.

One should not seek a certain feeling when training, for a very simple reason: feelings are expected to change with the improvement of the student’s skill. How could someone who has been practicing for 5 years have the same feelings as someone who has been practicing for a year? If this were to happen, it would mean that the one who has practiced longer is still on the same level as the one who has practiced less. He who seeks a sensation will be bound to it, and it will become a hindrance to his progress. Sensations change frequently during the first years of practice.

In Taijiquan (Tai Chi) practice, what you should do is follow the principles, keep the correct structure, and gain strength, balance, and stability.