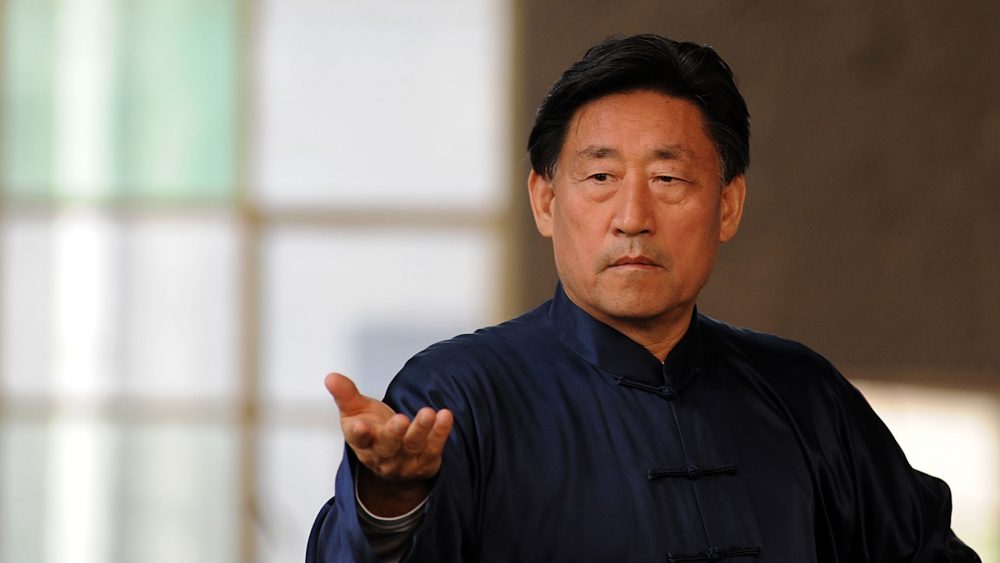 When Qi returns to Dantian, Qi can flow to the whole body. This is Pengjin.Chen Xiaowang

This teaching from Grandmaster Chen Xiaowang is a deep explanation of how power is generated in Taijiquan (Tai Chi). I heard it from him in 1999, and it took me many years to realize what it means. Now i use it as guidance for my practice, every day.

Pengjin is usually translated as Ward Off, in the context of the Thirteen Energies of Taijiquan (Tai Chi). This is just one of the possible translations, and it reveals only one meaning of the term. In a broader sense, as in Chen Xiaowang’s quote, Pengjin refers to the structure in the body, how it generates power, and how this is caused by Taijiquan (Tai Chi)’s free flow of Qi.
It is essential to underline that the teaching starts by mentioning the return of Qi to the Dantian, which can only happen if the body is trained to relax. Only if Qi can return, then it can flow from the center to the extremities. So, circulation of Qi is a natural function of human body: in Taijiquan (Tai Chi) there’s no trying to force it, correct posture and correct movement will be enough. On the contrary, if one tries to forcibly direct Qi flow, stiffness will result; what is neccessary is training the body to move in a natural and relaxed way, removing the blocks for the return of Qi to the center.

This teaching also shows that most errors in a beginner’s Taijiquan (Tai Chi) form are of excess, and not of deficiency. Generally the mistake will be trying to exert force, and this is the reason why a teacher will repeatedly tell the students to relax. If more power were needed, the teacher would correct the student’s posture, and avoid telling him to use more force, because again this would cause stiffness.
When a muscle group that is exerting excess power is relaxed, two effects are obtained: first, the muscle group is unblocked, and second, the power gets distributed better and the antagonist muscles start working. These two effects will cause the adjoing joints to go back to their physiological positions, allowing a better flow of Qi.

Contrary to common belief amog Taijiquan (Tai Chi) students, we should not try to send Qi to the hands. What should be done is relaxing to allow the natural, unimpeded return of Qi. The going out of Qi to the hands (or other extremities) happens naturally if the body is sufficiently trained to allow it.